Why is WiV using blockchain technology?

WiV is using the blockchain to augment the way that fine wine is traded.

While it is closely associated with Bitcoin, blockchain technology is in the process of becoming more important than the cryptocurrency it was developed to support. In this article we will discuss the development of blockchain and how WiV is using it to enhance the way that fine wine is traded.

The technology behind blockchain is rapidly gaining acceptance across virtually every industry around the world. According to Deloitte, there were around 95,000 active blockchain projects in 2018. The global market value of blockchain in food and agriculture markets is estimated to reach $1.4 billion by 2028 according to BIS Research. And Gartner expects the technology to add USD3.1 trillion to the world economy by 2030.

Whether you are trading foreign exchange, energy or works of art, the blockchain is enabling buyers and sellers to bypass bureaucracy and brokers, significantly increasing the speed of trade while simultaneously reducing transaction costs.

Fine wine has always been an actively traded asset class. Bringing the blockchain to the market will bolster efficiency and reduce transaction time. This will give buyers and sellers of all sizes the ability to trade with confidence.

How we are using the blockchain 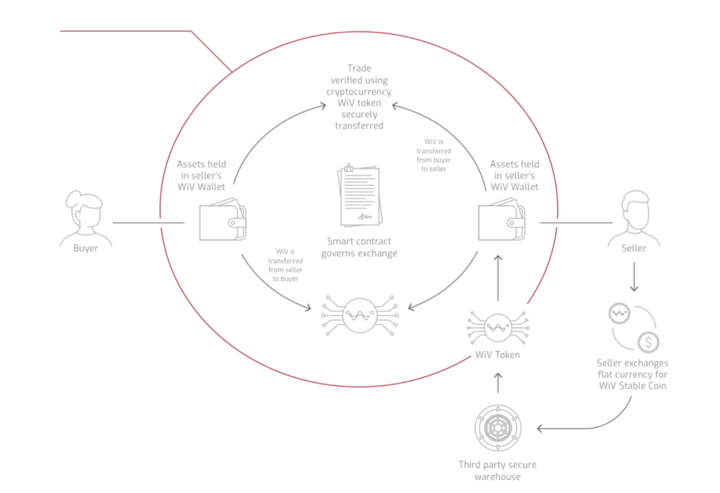 How we use blockchain

This all sounds terribly nice in theory, but what will it actually mean in practice?

Put simply, we are using the blockchain to create tokens (specifically Ethereum ERC-721) that are directly associated with every bottle or case of wine that is listed with the WiV platform.

These WiV Tokens contain a complete history of the wine that they represent, not just their vintage or where they were produced, but also information on how they have been stored, how they have been looked after and also their trade history.

This means that every token is a realistic representation of the actual value of the wine that they represent, so they can be traded quickly, transparently, cheaply and securely.

WiV users can keep track of the wines that they own through the WiV Wallet, a secure online system that’s comparable to an online bank account, where you can find information about the wines that you own and research wines that are available for trade.

Distributed not centralised by the blockchain

What this means is that the value of the wine that’s listed on WiV could be higher because the provenance is very difficult to tamper with and it is stored transparently. This in turn will give more people the confidence to trade.

We are currently in the process of beta testing our capabilities and hope to be live by mid-2019. If you’d like to hear more, head to our website or get in touch through one of social media channels.

The WiV platform is a secure, blockchain-based fine wine valuing system that brings together producers, buyers and sellers.